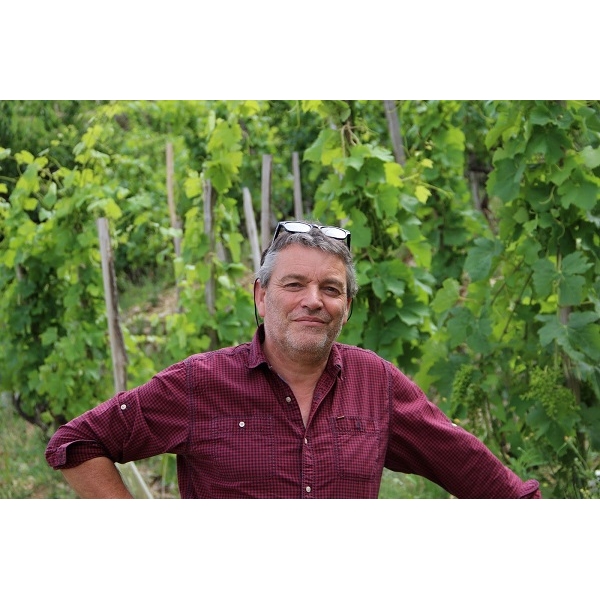 Guy Farge took over the management of his family estate in 1980. Originally he sold his fruit to the Cave de Tain (where he worked) and then to Delas. In 2007, he began producing wines under his own label. Each year, the wines have grown and evolved as has Guy’s winemaking prowess. Now working with his son Thomas, each bottling represents some of the best we have seen from his primarily granitic terroirs. From a plateau just over 1200 feet in elevation, these are 25+ year old vines just outside the Saint-Joseph appellation but still on the same granitic soils. It is all hand-harvested and fermented with native yeasts and aged for 6 months in stainless steel to preserve the freshness of the Syrah.