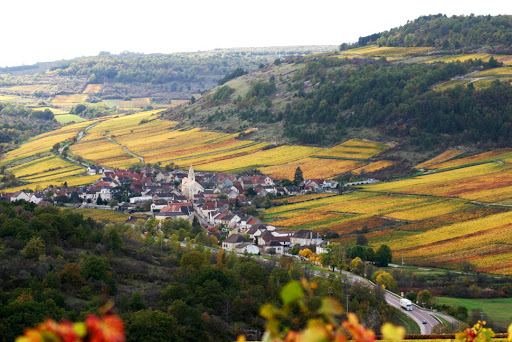 The domaine invites you to Saint-Aubin, a charming village of Côte de Beaune, to discover the fruit of  work through the tasting of our white wines and red wines. From burgundy wines to premiers crus, this family history of more than a century will immerse you in a traditional family context that has grown over generations, including prestigious appellations like Puligny-Montrachet and Chassagne-Montrachet. Passed on from generation to generation, Domaine Moingeon André et Fils is a family domaine now exploiting nearly 10 hectares with an annual production of 27,000 bottles. Somes parcels of vineyard are passed for more than a century. The domaine really began to flourish when André Moingeon took it over in 50's, with some hectares to exploit. At the time no bottle was produced and everything was sold at harvest. In 1978, Michel, the first son of Yvette and André Moingeon, makes his winegrower debut in the domaine. A few years later, in 1983, Michel is joined by his brother, Gérard, and all three men found together SCE Moingeon André et Fils. This is the starting point of winemaking and bottling, a very proud moment for all the family. André gradually ceases his activity and leaves his stewardship to his son, which develop it very fast. Parcels of vines are regularly purchased and planted, wine quality is improved and the production is up to 20,000 bottles at the end of 90's. Its expansion continues in years 2000s and particularly in 2003, when 30 ares of Saint-Aubin 1er Cru « La Châtenière » are planted, one of the finest climat of Saint-Aubin appellation. This completes the existing range of wines in 2006, after the first harvest. At this time, the family is far from the idea that Gérard would leave us tragically the following year. He leaves an indelible imprint in the minds of the domaine and the village... In 2009, Florent, the second son of Michel, breathes new life to the domaine with his coming after two years of winegrowing and winemaking study. He brings his knowledge and boundless ambition with the main goal of increasing the activity and continually improving the quality of wines.