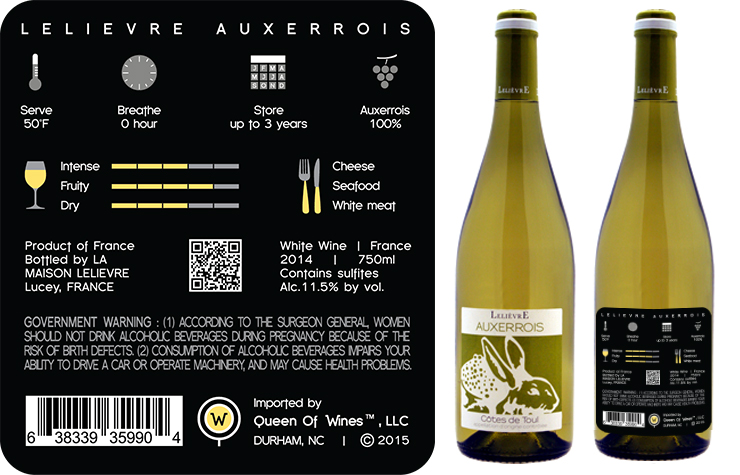 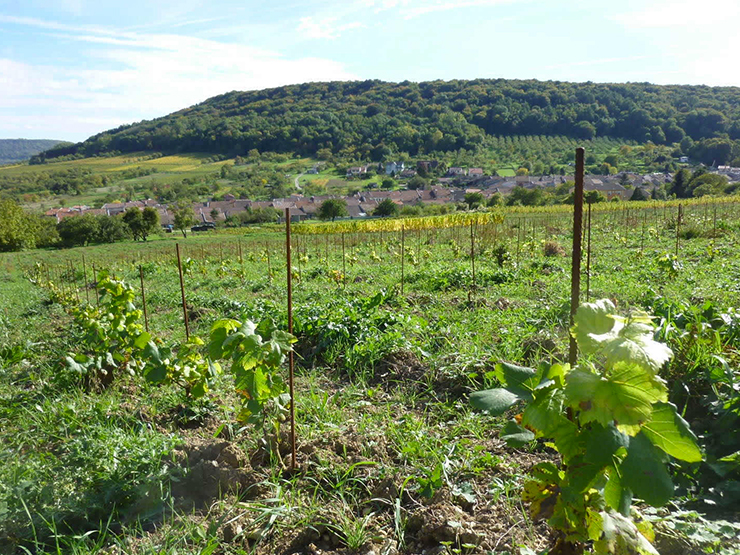 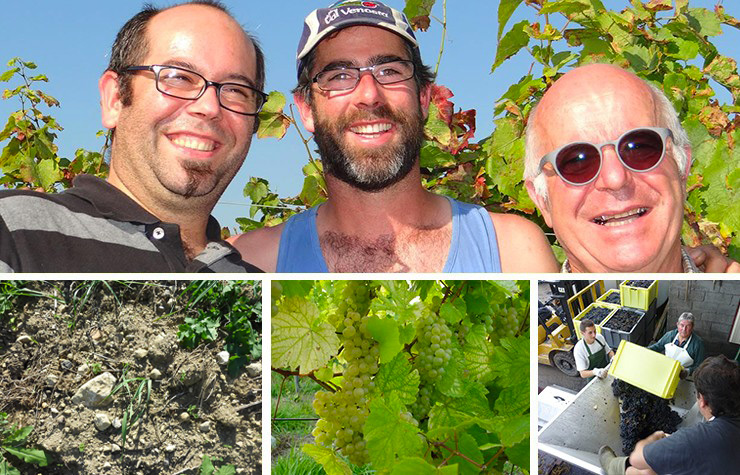 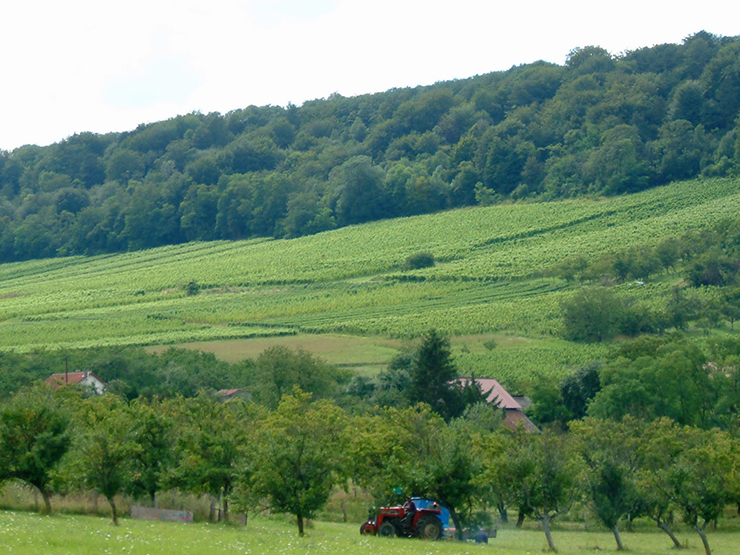 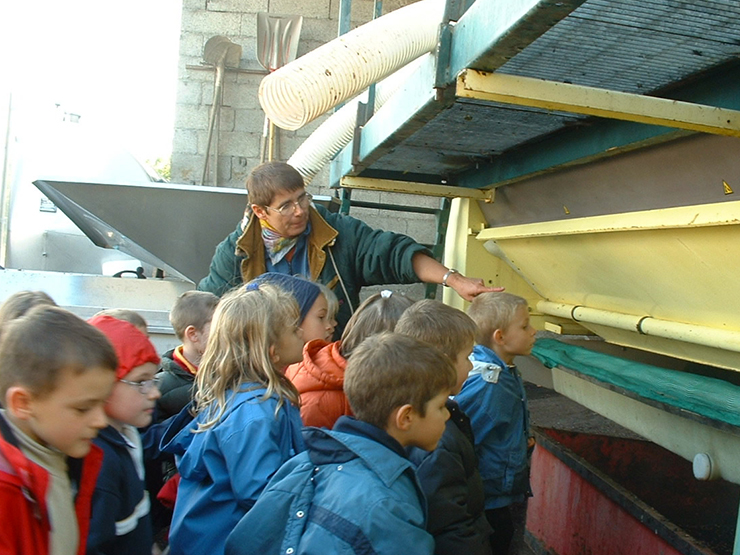 Once flourishing, Lorraine vineyards have been destroyed by 3 consecutive French-German wars: 1870, 1914 and 1939. In the early 1950's, a handful of talented winegrowers and winemakers, whose families have always lived in the area, decided to revive the appellation and replanted vines that could thrive in this very continental weather. 45 years later, vines are blossoming and the Cotes de Toul appellation is back on the map!

Planted on 1.2 hectares of clay-limestone and silt soils, on a "cuesta" topography similar to some areas in Burgundy, auxerrois grapes are harvested and sorted out manually by the same team every year. The juice from direct press goes into fermentation under temperature control and is raised on fine lies in stainless steel tanks for 3 to 4 months..

While its delicate nose reveals notes of apple, pear, white peach and mirabelle, its mouth unveils round and harmonious zesty aromas. Ideally pairs with fish, shellfish and soft cheeses.